Blaffer Art Museum and Flo Art Fund are pleased to present At the Back of the North Wind, an exhibition of new works by Anton Ginzburg, which will be open to the public from June 3 to November 27, 2011 during the 54th Venice Biennale at the Palazzo Bollani. Curated by Matthew J.W. Drutt with initial organizational support provided by Artpace San Antonio, the exhibition has been chosen as an official participant of La Biennale di Venezia’s Collateral Program. The exhibition of new works will feature a video installation that documents the artist’s search for Hyperborea, a mythical northern territory. Large-scale sculptures, site-specific bas reliefs, photography, paintings, and a series of works on paper that document artist’s travels and discoveries will also be displayed throughout the two floors of the palazzo.

The curator writes, “Through the guises of explorer, geographer, archaeologist, anthropologist, and historian, Ginzburg has developed a body of work whose master narrative is a reality-based fictive expedition to ferret out Hyperborea’s factuality. Yet like any quest for truth, Ginzburg’s endeavor goes beyond its prescribed subject, venturing into deeper territories of human inquiry about origin, destination, and the journey in between.”

The body of work began with the artist’s observation that mythological patterns were undeniably woven into the fabric of everyday reality—specifically in the tension formed between the actual and the potential—and was expanded by the concept of Hyperborea, a mythical region that has been recently claimed to be discovered on the White Sea in northern Russia. Hyperborea was originally described by the ancient Greek writer Herodotus as the land of the Golden Age, and was thought to be a place of pure bliss, perpetual sunlight and eternal springtime. In developing this project, Ginzburg embarked on a three-part journey, commencing in the American North West (Astoria, Oregon), continuing to St. Petersburg and then to the White Sea, the site of the Soviet Gulag prison camps. Hyperborea continues to excite imagination of global media as the supposed birth-place of numerous cultures and nations.

Anton Ginzburg uses an array of historical and cultural references as starting points for his investigations of art’s capacity to penetrate layers of the past. He constructs lines of memory and imagination, whether collective or individual, and traces them to points of intersection.

Ginzburg was born in St. Petersburg in 1974, where he received a classical art education in preparation for the Soviet academy, and emigrated to the United States in 1990, earning a BFA from the Parsons School of Design in 1997. His works have been shown at Palais de Tokyo, Paris; San Francisco Museum of Modern Art, San Francisco; Cooper-Hewitt, National Design Museum, New York; White Columns, New York; and the first and second Moscow Biennales, as well as New Orleans, Prospect_1 Biennial. His art is represented in the permanent collections of the San Francisco Museum of Modern Art and the Moscow Museum of Modern Art, as well as in private collections around the world.

Anton Ginzburg lives and works in New York. This exhibition marks the artist’s debut showing at the Venice Biennale. 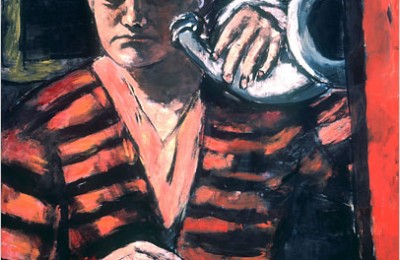