Venice is the most acoustically transparent city in the World. It is without the sounds ofautomobiles and the resulting acoustic background is exceptionally low level. This makes it possible for the sonic details of urban life to have a surprising delicacy. Everydaysounds such as footsteps, speaking and calling voices, the coos and wings of pigeons, andthe wheels of carts, have a clarity as they penetrate and mix in the public acoustic space.Monumental sounds such as bells and ship horns can travel long distances within this
transparent sound space.

This project will continuously map the journey of sounds traveling through the natural silenceof Venice tracing the spontaneous acoustic cubism created by the simultaneity of multiplelistening perspectives. Its realization during the time of the Venice Biennale will be especially interesting as the natural silence of Venice echoes with the voices and energy of a city transformed by the presence of the international art community.The ideal site for this project is the Punta della Dogana, which has one of the most comprehensive ground level views of Venice, a quality which makes it one of the most visitedsites of the city. With a single turn of one’s head it is possible to see the Ponte dellaAccademia, San Marco, the Giardini (site of the Biennale), the distant Lido, San Giorgio,and the Giudecca with Palladiio’s Redentore, all of them united by water – the flowingtogether of the Canale Grande and the Canale della Giudecca becoming the vast Barcinoexpanding at one’s feet.

The presence of this sound sculpture on the facade of the Dogana will translate this unique visual panorama into an acoustic one, for once making it possible to hear as far as one can see. 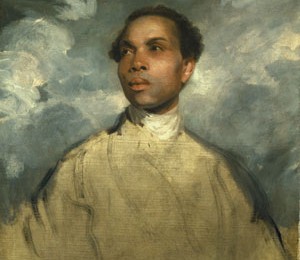 Gifts from America 1948 – 2013. Modern and Contemporary Applied Arts from the Hermitage Museum Foundation