Monk’s Artpace exhibition, Rew-Shay Hood Project Part II, consists of a series of airbrushed car hoods featuring images borrowed from Ed Ruscha’s artist book Twentysix Gasoline Stations. By re-presenting the book-based photographs in sculptural form, Monk transforms the former small scale of the images into something monumental. Moreover, each hood has its own particular shape, lending the work a sculptural physicality absent in the original. Finally, the photomechanical original becomes painterly in the airbrushed hoods, making them softer and more delicate than Ruscha’s project.

Twentysix Gasoline Stations was originally published in 1963 and is considered by many to be the first artist’s book. The book features Ruscha’s photographs of gas stations located along Route 66 between Los Angeles and Oklahoma City. Released in three separate editions totaling 3900 books (with the first edition priced at $3.50 each), the work epitomizes many of the tenets of Pop Art, presenting popular imagery as fine art, and introducing the role of mass-production as an artistic device.

By transferring Ruscha’s photographic works onto American car hoods, Monk situates the gas station series within the context of current events. The machine-fabricated hoods are a direct link to the assembly-line history of today’s troubled automotive industry, an industry that in turn was celebrated through iconic imagery of the Pop era. The history of Artpace also comes into play, for its original use was as a Hudson automobile dealership.

In celebrating the great brands of muscle car manufacturing, such as Chevrolet, Ford, Dodge, and Plymouth, Monk’s project unwittingly sounds the death knell of the trade. What were once beacons of American competitiveness, ingenuity, and strength have now come to represent extravagance, wastefulness, and a bygone time when driving was as much entertainment as it was practicality. Seen within this context, Monk’s project is homage to the near-extinct modern exploration of the American frontier-the road trip-a journey now more often taken in planes and buses than in individual vehicles. It is as though the Pop artists of the 1960s were predicting the demise of consumer culture and today Monk is picking up the pieces, connecting the dots between Ruscha’s romantic landscapes and the failure of American consumerism and the energy industry. 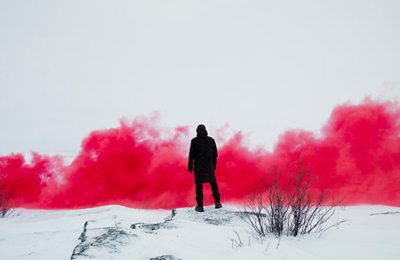 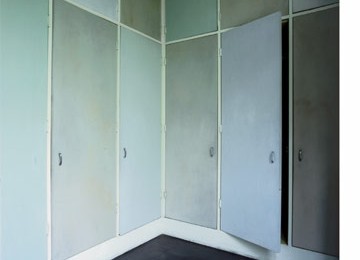