Max Beckmann (1884-1950) left his native Germany in 1937, the day after the Nazis opened their infamous “Degenerate Art” exhibition, in which as many as 20 of the artist’s works were shown. Never to return home, he spent 10 productive years in Amsterdam before leaving for the United States, where he went on to create some of the most powerful works of his career.

This is the first museum show devoted to his seminal art in over a decade it brought together 21 key works, 8 of which were triptychs, that were painted in Germany, Amsterdam and New York between  1933 and 1950. Small in scale, it was monumental in scope and set a record for museum visitors at this venue that year. 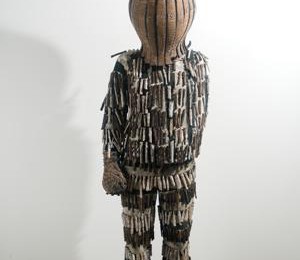